This tool uses a nonlinear model predictive visual path following control aiming to increase the autonomy of an AGV. This task was performed by inclusion of the visual system in all stages of control architecture.

Simplified visual features are extracted from the path to be followed. The control actions are calculated directly from the image plane, where a regulatory model is obtained in the optimal control problem scope. The solution could be properly and efficiently used for AGVs in factory floors, where the AGV is guided around the facility following a guide tape.

- The NMPC controller addressing feasibility increases the ability to navigate even with imperfections of surface, camera and mobile robots, improving the levels of inherent robustness. 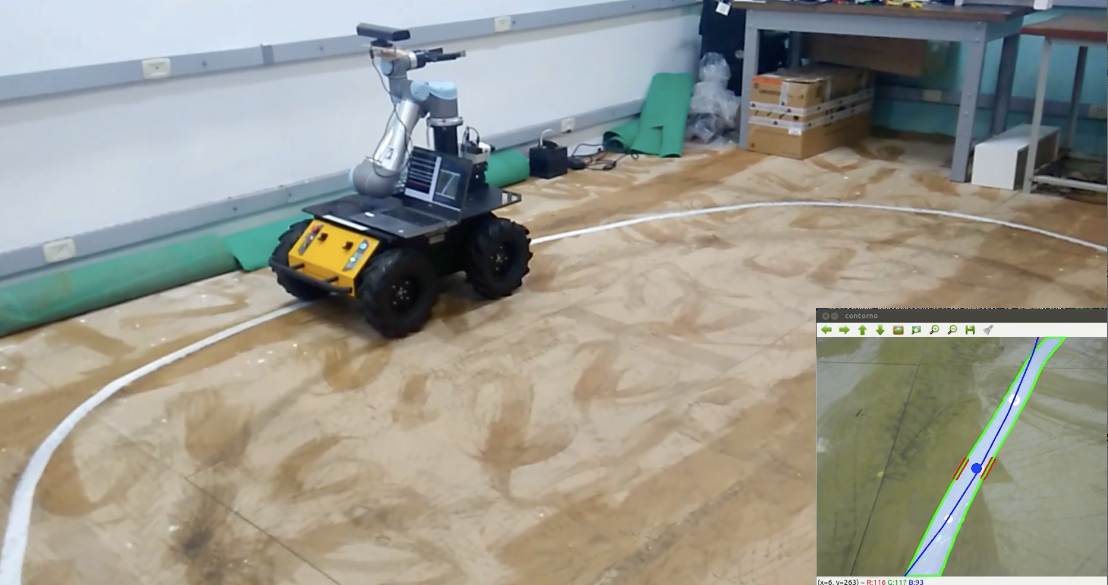