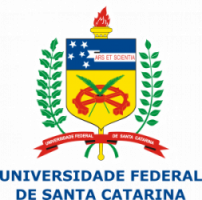 About the Federal University of Santa Catarina

The Universidade Federal de Santa Catarina (UFSC) has its main campus located in Florianópolis, capital of the state of Santa Catarina, Brazil. Founded on 18 December 1960 with the goal of promoting teaching, research and outreach, UFSC delivers free and public education and has reached position number 9 among Brazilian universities and position number 22 in the overall ranking of the QS University Rankings: Latin America 2018.

During the 1980s, UFSC began to invest heavily in the expansion of graduate programs and research, besides supporting the creation of technology centers in the state of Santa Catarina and the development of a number of outreach projects for the community. Today, UFSC has four other campuses distributed in the cities of Araranguá, Blumenau, Curitibanos and Joinville.

UFSC community consists of more than 50,000 people, including about 5,900 administrative staff and faculty members, and their achievements are seen as reference in Brazil and abroad. It has nearly 30,000 undergraduate students enrolled in more than 100 on-campus programs  and 10 distance learning programs. At the graduate level, the institution offers more than 7,000 places in more than 60 academic master’s degree, 15 professional master’s degree and 50 doctoral degree programs. UFSC also offers specialization programs, with around 3,000 students enrolled in both distance learning and on-campus courses.

Additionally, UFSC has become internationalized through cooperation agreements with educational institutions all over the world. Currently, there are near 300 partnerships with countries in all parts of the globe.